Based in Pittsburgh, Pennsylvania, Grant Street Group specializes in cloud-based government solutions for tax collection, e-payments, and auctions. The company’s software, which is mostly written in Perl, is the backbone of government billing and taxation systems across the United States. A Gold Level Sponsor of The Perl Foundation, Grant Street uses Perl to support payment platforms that process billions of dollars in transactions every year.

This study explains how Grant Street met the challenge of expanding its Perl team despite the rarity of Perl specialists in the US job market. It also looks at how the company supported the retention of new recruits and enabled existing staff to keep doing what they do best: delivering advanced technological solutions for governments across the country. 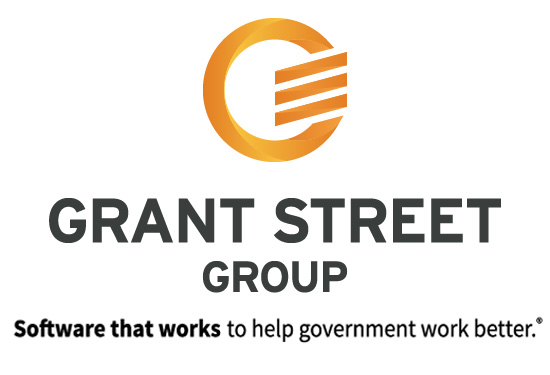 Since 2021, Geekuni’s interactive Perl training has been central to Grant Street’s onboarding program. Our Perl Essentials course has helped dozens of early-career developers gain the skills they need to help build products to Grant Street’s high standards. With Perl set to be a foundation of Grant Street’s software stack for the foreseeable future, Geekuni’s training gives the company a reliable way to get developers job-ready, whenever they’re needed.

In the highly competitive US job market, Perl developers are almost impossible to find. Previously, Grant Street dealt with this by hiring developers that had never seen Perl and teaching them the language while they were learning their jobs. But this had two major drawbacks: new hires were taking 6-12 months to become familiar with the complex code base at the same time as learning the business, and each team had its own, ad-hoc onboarding process. While the company was hiring great people, waiting for them to onboard was putting pressure on the broader teams and delaying projects. This affected productivity, timelines and staff morale. Grant Street’s Developer Operations Lead, Taylor, said it was stressful for new hires, especially fresh graduates. "Prior to using Geekuni, new developers figured out how to use Perl on their own through trial and error or feedback from someone more experienced." This required the team to slow down and help new developers with Perl questions. As Operations Manager Steven put it, this was "not a reliable way to build Perl proficiency."

Perl training at the start of the onboarding process

Grant Street centralized the onboarding process and placed Geekuni’s interactive training at the start. This enabled developers to feel comfortable with Perl after just three weeks, before shifting their focus to the company’s business processes and data models. Steven said new hires now gain critical skills more rapidly. “[Onboarding] is nearly twice as fast as before we started using Geekuni," he said.

This has had positive flow-on effects for staff retention, according to Taylor. “A good onboarding experience could be the difference between someone staying at GSG for a long time or leaving after the first few months,” she said. In an industry where new hires can be susceptible to imposter syndrome, Geekuni’s training provides a supportive foundation in those crucial early weeks. “Having these devs start with a Perl course means they have a little more confidence in their skills and have one less thing to be overwhelmed by right off the bat.” This helps set them and their teams up for success.

Software developer Quinn, who recently joined Grant Street for his first job in the industry, said it helped him to hit the ground running. “I felt confident in my Perl skills much faster than other times I’ve learned a new language,” he said. “I think the skillset I got from Geekuni is very relevant in the actual work I’ve been doing.”

From Grant Street’s perspective, using Geekuni has yielded strong results. “I haven't seen anyone get stuck like this on a Perl question since we've incorporated Geekuni into our onboarding,” Taylor said. The centrally managed training complements the company’s other e-learning and ensures all new staff have the skills they need to start work. “Geekuni also fits in well with our recent move to self-paced onboarding lessons for multiple learning styles,” Taylor said. “The training has both reading and hands-on components that let devs figure out how to do something in their own way and in their own time. New developers frequently tell us that hands-on exercises are the most useful pieces of their onboarding, and Geekuni has plenty of them.”

Grant Street’s experience illustrates that Perl training at the start of an onboarding process is good for teams and individuals. Comprehensive e-learning for developers unfamiliar with Perl helps them ramp up faster so that they can start building with confidence sooner. It also frees up colleagues and mentors to focus on new starters’ business-specific questions. The upshot is more time for each person to concentrate on the work that they do best.

Intensive, hands-on Perl training before starting on the company's code:

In the words of Grant Street's Operations Manager: “Finding developers in today's market is difficult enough. Don't constrain yourself to a diminishing subset of Perl developers or rely on self-teaching as a means to build up Perl proficiency. Use Geekuni to teach an understanding of Perl faster so they are ready to contribute to your software solutions.”