Broadbean, an international recruitment tech company based in London, offers market-leading services including the multi-channel distribution of job ads and CV mining functions. The delivery of these services depends directly on Perl developers, so any increase in customer numbers requires a corresponding expansion of the company’s Perl team. When Broadbean was acquired by CareerBuilder, the company faced a rapid expansion of its customer base and needed to act quickly to take full advantage of the opportunities presented. This case study explains how Broadbean met the challenge by hiring early-career developers and giving them Geekuni’s Perl training as part of the onboarding process. 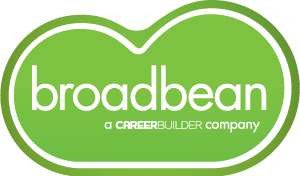 Since 2016 Geekuni has provided its interactive online Perl Essentials course to new hires at Broadbean as part of their onboarding experience. Our tailored, hands-on training provides early-career developers with the necessary skills to get cracking with the job without holding back other areas of the business.

With its acquisition by CareerBuilder, Broadbean significantly widened its customer base and extended its global reach yet further. To fully exploit these new opportunities and markets, Broadbean needed to integrate its services into the new clients’ career sites as well as the job boards in their region. This task fell upon the Integrations team, which works in Perl, and it was clear from the outset that new Perl developers would be needed – fast.

Finding Perl developers, however, is easier said than done. It’s a language where demand far outstrips supply in the labour market, so even a recruitment tech company like Broadbean needed to think outside the box. The decision they made was insightful: hire early-career developers with talents in other languages and train them in Perl on the job.

But this move only addressed half the problem; new recruits needed to gain Perl skills quickly enough to keep up with the sudden influx of new clients triggered by the company’s acquisition. Fearing that productivity would be dampened by a slow uptake of Perl skills, Broadbean started looking for fast but thorough training methods.

Geekuni’s approach was the answer to Broadbean’s challenge. With interactive online tutorials, new hires could focus on solving Perl problems right from the start, rather than memorizing mere facts. Geekuni’s focus on goal-oriented tasks allows early-career developers at Broadbean to start coding immediately, saving precious time by giving them the skills they need to hit the ground running.

The Integrations team’s new recruits are now enrolled into Geekuni’s Perl Essentials course as part of the onboarding process. On completion, a developer’s coding skills are a close fit with those of the established Integrations team. They are able to participate in technical meetings and follow experienced developers who take them through the details of various in-house systems. What’s more, Geekuni provides the speed that Broadbean needs so it can fully exploit the opportunity of its expanding client base and ensure the company stays ahead of the game.

Geekuni is really helpful in keeping our integrations momentum in line with business growth.

Perl training seldom features on university curricula so early-career developers are the least likely to come with Perl experience. You can overcome this obstacle by hiring developers in other languages and training them in-house.

If you need to rapidly expand your Perl team without slowing down existing operations, you can bring new hires up to speed with interactive, online training, giving them all the practical skills they need while onboarding.

New developers need to take ownership of their learning to stay motivated. This means giving them real-life, hands-on tasks while offering feedback and positive reinforcement so they can check their progress.

Geekuni provides the tools to make all this happen, so there's no need for you to reinvent the wheel. Once you make the decision to expand your Perl team, just get in touch - we're ready to go.