Booking.com has an innovative approach to expanding its Perl team – hiring developers in other languages and getting Geekuni to train them in Perl. In doing this, the company has been able to keep up the pace of business activities even while onboarding large numbers, making it a proven recipe for success. This case study explains the process for the benefit of any global company looking to recruit Perl developers without slowing down growth.

Since 2015 Geekuni has provided interactive online Perl training to over 350 professionals at Booking.com, one of the largest travel e-commerce companies worldwide.

As part of our comprehensive training service we deliver a diagnostic assessment of Perl skills, measure and report progress with quantified learning outcomes, as well as facilitate feedback on the onboarding experience.

This has not only helped Booking.com create an aligned experience for all core development roles, but has played a vital part in the success of the company’s efforts to scale up operations.

Training new hires in Perl without slowing down business growth

Booking.com was a Perl shop from day one and the language remains as relevant today as ever. As a start-up company in 1996, Booking.com chose Perl for its compatibility with technologies such as Apache and MySQL. Now a global company employing 17,000 people in 17 different countries, Perl remains the language of choice for most of its code as it continues to invest in the latest cutting-edge digital technologies.

The problem, of course, is that Perl developers are hard to find, so there just isn't enough talent available out there to meet the demands of a rapidly expanding company. In order to stay ahead of the game, Booking.com realised early on that it would have to hire developers in other languages and give them a chance to learn Perl while onboarding. 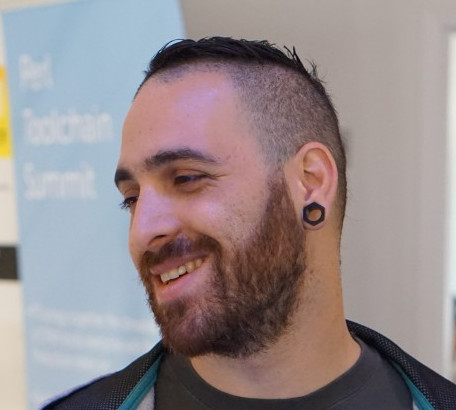 Photo by Salve J. Nilsen is licensed under CC-BY-ND 4.0

"A developer is someone who can do the job and a language is a tool they use to accomplish it. This means broadening our horizons from Perl developers to any developer and working on helping them learn Perl as they go."

But how could this work in practice without slowing down business and placing yet more demands on teams which are already overstretched? Booking.com’s onboarding process initially involved new hires joining teams which would guide them through their induction. This meant taking time to sit with people, explaining systems and introducing them to others in the company. As well as lacking structure and coordination, this approach was not really scalable and became increasingly impractical with the rising number of new hires. Teams were being disrupted too much and this was negatively impacting their velocity. The problem was compounded by the fact that developers needed to learn Perl in addition to all other onboarding activities before they were truly job-ready.

Now the procedure is for new developers to join an onboarding team first, each headed by an Onboarding Team Lead to ensure a more coordinated approach. Geekuni provides interactive online Perl training to the onboarders while reporting progress to the Onboarding Team Leads. This not only takes the pressure off teams but allows new hires to work at their own pace and take greater ownership of their learning. Geekuni's projects come together as a fully fledged application, which ensures greater satisfaction and motivation among onboarders while giving them the confidence to raise questions and interact with more experienced Tech colleagues right from the start.

The real success of Geekuni's collaboration with Booking.com lies in the way training is tailored to individual needs while at the same time retaining clear baselines and criteria for checking progress. Geekuni's reporting has played a significant role in helping Talent Development ensure greater consistency and a more standardised approach to the onboarding of Perl developers. The company is now able to allocate resources more efficiently, get a clearer picture of how much time to give new hires for Perl training alongside their regular workload, gauge the preparedness of onboarders for their role or identify the need for additional ongoing support.

The net result is that new hires are now able to hit the ground running, allowing a more seamless expansion of the company's Perl team.

As anyone hiring will know, the demand for Perl developers far exceeds supply. You can overcome this obstacle to significantly expand your Perl team by hiring developers in other languages and training them in-house.

If you're a large company looking to recruit at scale without impacting business output, you need to approach the task as an independent project with well-defined goals, parameters and reporting lines. In order to bring your new hires up to speed, it's important to allocate dedicated staff time and resources.

New developers need to take ownership of their learning to stay motivated. This means giving them real-life, hands-on tasks while offering feedback and positive reinforcement so they can check their progress. Managers require the right information and knowledge to identify challenges faced by developers and offer the most effective support.

Geekuni provides the tools to make all this happen, so there's no need for you to reinvent the wheel. Once you make the decision to expand your Perl team, just get in touch - we're ready to go.